The World Muslim Communities Council, WMCC, hosted over 250 delegates from non-Muslim countries at its first International Youth Forum last year, on December 2019. The theme of the forum was based on “Building Future Leaders: Commitment, Integrity and Innovation,” with the focus on tolerance.

A forum that ran over the course of two days. Our co-founder, Ali Azam, was invited to share the platform with numerous excellencies, ministers, policymakers, religious leaders, academics and young achievers, from around the world, in sharing their understandings of the challenges and opportunities of Muslim communities.

These discussions included a variety of topics, including: leadership, community engagement, practises of social inclusions and interfaith work, entrepreneurship and philanthropy, and many more.

Our co-founder, Ali Azam, presented his paper on “Islam And The West: A Paradigm Shift Towards Strengthening Humanity And Faith.” His paper discussed the issue regarding Muslims being perceived as the ‘other’ and a barrier to modernity; as well as how over the recent years populism has accelerated with the rise of the far rights, and the paralysis of the scope of Muslim polity. The paper aimed to dissect the significance of the Hadith of the Prophet Muhammad, “I was not sent except to perfect the noble traits;”
to demonstrate how Islam does not pose a threat to modernity, nor being incompatible with the West. Instead, it encourages to embody the spirit of tolerance and understanding, which in return, strengthens both humanity and faith.

We would like to thank both the WMCC and Abu Dhabi for hosting such a significant event, especially at a time where Muslim communities worldwide are faced with various critical challenges.

We hope that many more forum of such nature continue, as we believe one the most substantial ways in tackling these challenges is to cultivate leaders and young talents in the areas of  community organisation, knowledge development, civic education- especially with the emphasis of character education being part of school ethos. 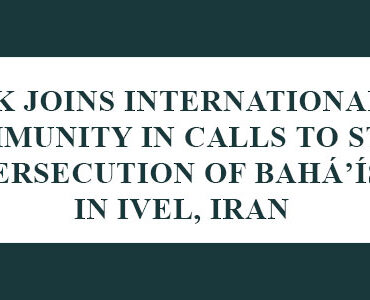